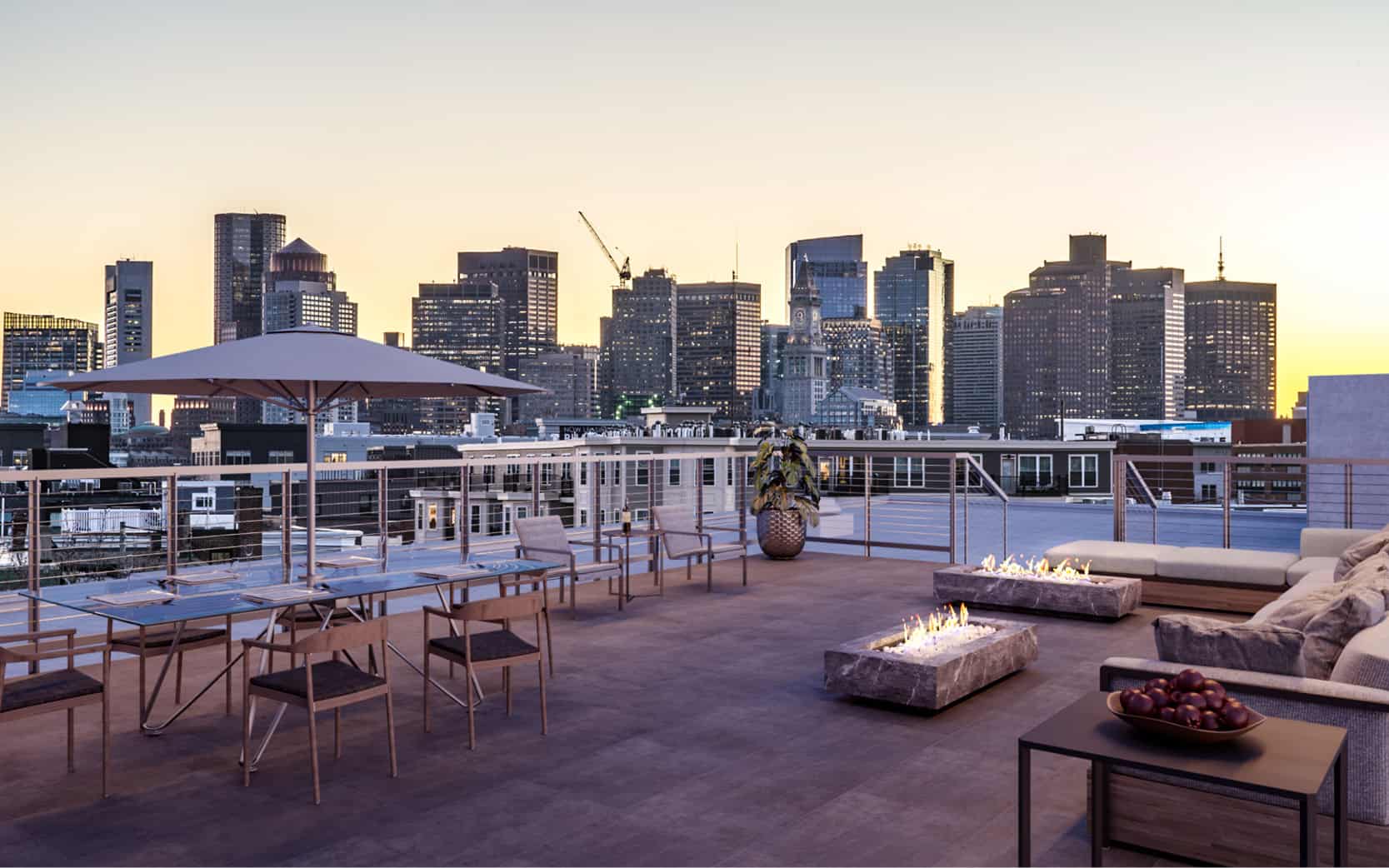 “The immediate location is experiencing a renaissance, with a lot of new restaurants and bars,” said Janice Dumont, Chief Executive Officer of Advisors Living. “A host of new modes of transportation have made it easier than ever to go to East Boston and enjoy the East Boston waterfront.”

Advisors Living brokers began selling Ebo, located at 205 Maverick St., in October 2021, and the final units reccently closed. Residents include young professionals, first-time home buyers, and area renters leaving some of the high-end rental buildings in the area whose rents have risen.

Ebo has five floors and two roof deck spaces with stunning views accessible to all unit owners, and a local grocer, Maverick Market, which occupied the location before new construction began, is conveniently on the ground floor of the heavily residential neighborhood.

“The developer was thoughtful and intentional with the design details and overall aesthetic, perfectly aligning both to complement the lifestyle of Ebo’s residents,” said Brad Braunstein, Portfolio Manager and Sales Director at Advisors Living. “Bostonians living in the North End, Seaport and Charlestown, are drawn to Ebo for its proximity to the waterfront, and its location in Maverick Square is the heart of the neighborhood.”

Some Ebo owners, though now living right at the Maverick MBTA Station, have chosen one of the 34 available parking spaces on the surface and in a covered area. Bike storage is covered.

Units range in size from 568 square feet for a studio to 976 square feet for the two-bedroom units. Per square foot prices ranged from the mid-$600s to $1,089. Twenty of the residences have outdoor balconies. The lobby is artfully designed, and the building has a fitness center and two roof decks with panoramic views of the Boston skyline.

“Ebo has close proximity to the MBTA’s Blue Line, with a bevy of new retail to come, the The Tall Ship floating bar a seven-minute walk away, and water ferry service from nearby Lewis Wharf,” said Dumont. It is a five-minute ferry or water taxi ride from East Boston to Downtown Boston and a short distance from Logan airport.

Ebo is pet-friendly and located near the Harborwalk and waterfront parks. The modern residences feature quality finishes and open, light-filled rooms, with studios, one-bedroom-and-den units, and two-bedrooms.

Ebo was developed by Charter Real Estate and Development LLC. The architect was Dan Chen, Principal at Bargmann Hendrie + Archetype, Inc. of Boston.