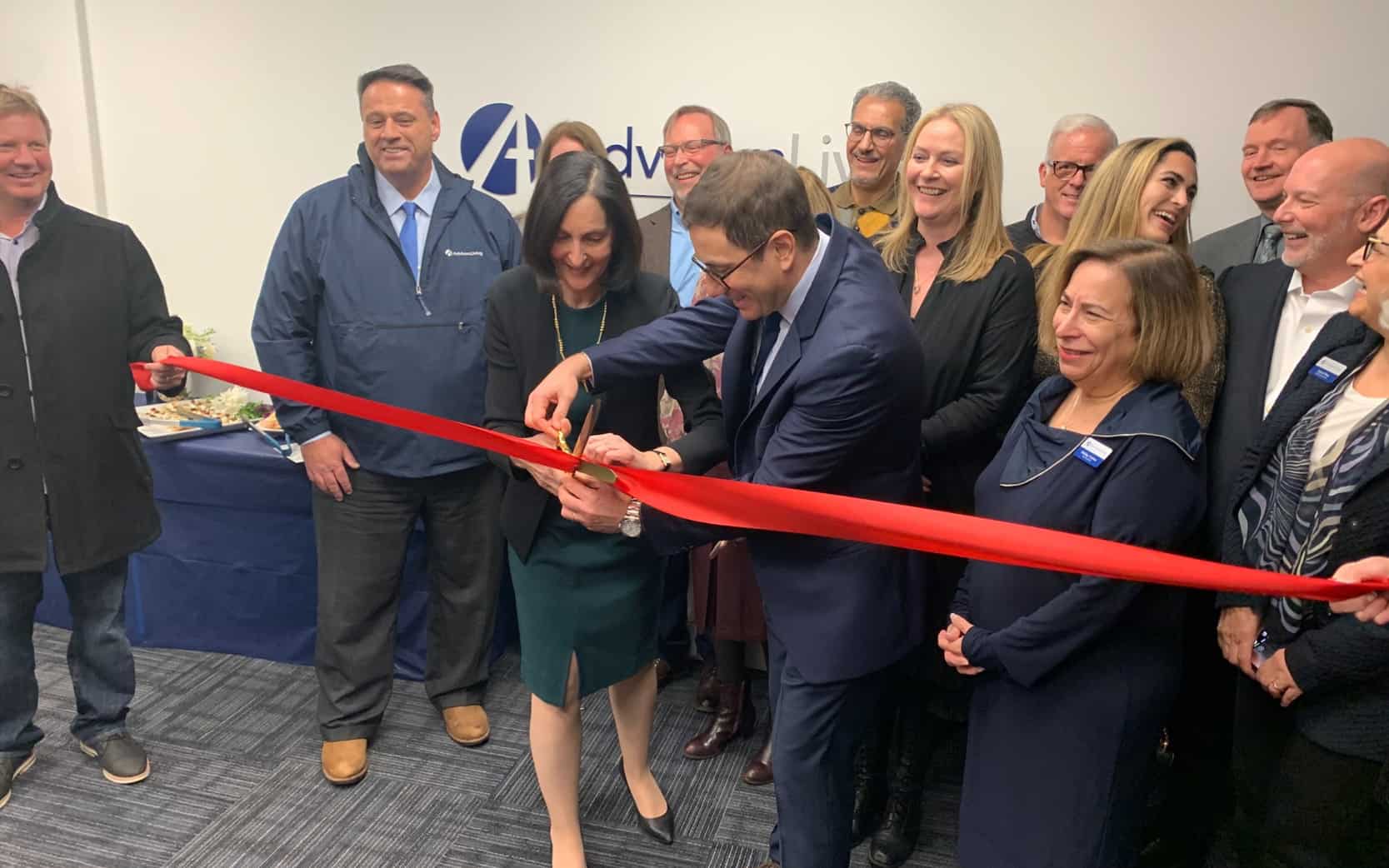 Scores of Boston Realty Advisors and Advisors Living agents and employees, including Newton Mayor Ruthanne Fuller, joined neighbors and friends to toast the opening of Advisors Living’s 14th office in the Greater Boston area, located at 1633 Beacon St. in Waban. The new office will serve the 13 Newton villages as well as surrounding towns,

“We were thrilled that Mayor Fuller attended our opening celebration,” said Jason Weissman, Founder and Senior Partner of Boston Realty Advisors and Advisors Living, who joined Fuller in cutting the celebratory ribbon. “The Mayor and Newton’s Economic Development team were very supportive. We look forward to adding value to the Newton Community.”

The new street-level office is across from the Waban MBTA Station on the Green Line. Several among the 15-20 agents who will work out of the office joined the opening event.

“Newton is just an enormous market with a semi-suburban flair that is close to Boston,” Merit McIntyre, President and Chief Executive Officer of Advisors Living, said when the opening was first announced in October. “This location makes sense as we build a ring of offices around downtown for Advisors Living agents who help our clients with their residential properties.”

The crowd that attended on Thursday, despite a light winter drizzle, spilled out onto the sidewalk and included Wil Catlin, Managing Director and Senior Partner; Bill McIntyre, Chief Financial Officer; Susan Tsantes, Senior Vice President for Culture and Empowerment; and Mary Beth Canova, Director of Marketing.

“I couldn’t be more thrilled to finally open an office in the town where I grew up,” Weissman said when the office was announced. “The City of Newton is a spectacular place, and we are excited to serve this market from our new office and add value for home buyers and home sellers.”