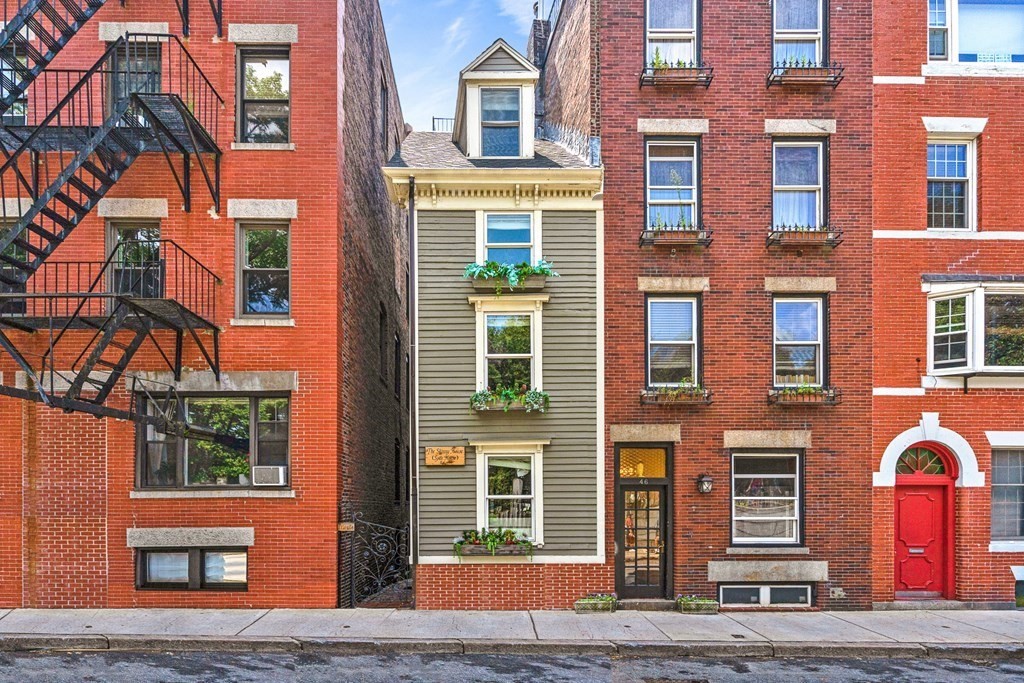 It's tiny, but mighty.

Boston's "Skinny House" -- an iconic structure and must-see tourist attraction known as the narrowest home in the city -- just sold for more than $1.2 million.

"People are amazed it was built to be, really, this skinny," said Travis Sachs, executive vice president at CL Properties, who worked with the real estate agency's president, Carmela Laurella, to sell the home.

"It's maybe six feet and change across," Sachs added. "So, if you stand with your hands spread apart, you could really be wall-to-wall."

The home, roughly 1,165 sq. ft. over four levels, was built in 1862 according to some records, while the city's record says 1890, Sachs said. With views of both the water and the city, it's nestled in Boston's North End, a largely Italian area home to some of Boston's most historic buildings and dozens of restaurants.

Tourists pass by the home daily as part of Boston's Freedom Trail-- a 2.5-mile path that stops at more than a dozen historic sites, including Corps Hill Burying Ground. right across from the "Skinny House." The site, dating back to 1659, was the final resting place for people including activists, artisans, tradesmen as well as two Puritan ministers associated with the Salem witch trials.

And the home has its own rich history, marked today by a plaque at the front labeling the building as a "Spite House."

Here's why: Legend says that in the early 1800s, the lots of land where the home is located were owned by a family. One of the brothers that owned one part left for war and came back to find his brother had built a house. So the brother who had just returned decided to build the "Skinny House" right in front of his brother's home -- blocking the entry to the building in the back, the view and the light.

"It's as spiteful as it gets," Sachs said.

The 2-bed, 1-bath home at 44 Hull Street saw tremendous demand when it was listed on the market last month and went under agreement less than a week later, according to a Facebook post by the real estate agency.

"Which is wild, especially being that it's Covid times and usually people want bigger houses than going small," Sachs said, adding that after multiple different offers, it sold September 16 to a family of four for $50,000 more than the asking price.