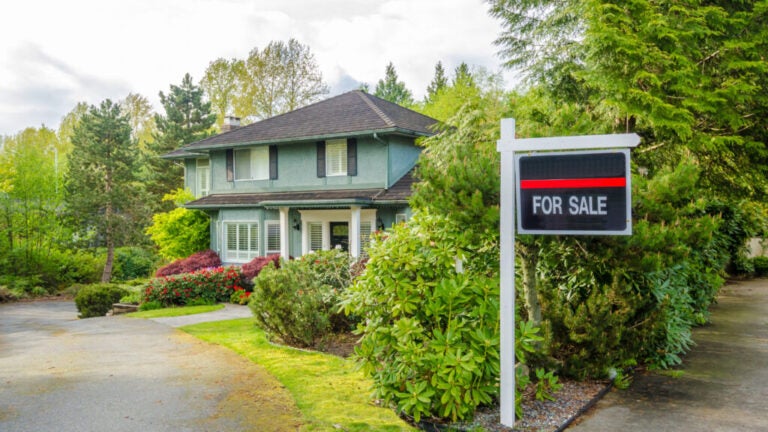 The vast majority of homes in Greater Boston are sold by real estate agents through a Multiple Listing Service called MLS PIN. The subscriber system ensures that most real estate agents know the property is on the market, and it’s where online brokerages and search engines such as Zillow and Redfin get their listing data (if the agents allow it).

Usually, properties come on the market designated as “new,’’ “active,’’ or “reactivated’’ on MLS, but there are other options that could make sense for some sellers. As with any option, the results depend on how it is used and the audience it targets.

A real estate agent who subscribes to MLS PIN must enter a new listing into the system within 24 hours of signing a contract to sell the property, but the seller can ask them not to make it public. The agent, however, cannot suggest this option.

Selling a home for the highest possible price is priority one for most sellers, but some high-profile homeowners are more concerned with keeping the number of people traipsing through their properties at a minimum. Keeping the property off MLS helps preserve their privacy.

Jon DiPietro, managing director for the Advisors Living division at Boston Realty Advisors, said off-market listings “are more appealing to higher-end sellers who are more sensitive to a certain level of privacy.’’

If a seller requests an off-market listing, DiPietro said, the agent should explain that’s a risk, even in today’s frenzied, high-demand market.

“Any reasonable agent would say, ‘You know, generally speaking, to get you the best price possible it is a good idea to put this on MLS,’ “ DiPietro said. The agent needs to have the seller sign a form confirming the decision not to make it public on MLS, and it needs to be submitted to the MLS within 24 hours.

Kathy Condon, president and chief executive of MLS PIN, said many people in Massachusetts you would think have privacy concerns sell their homes on MLS. She cited a recent example that garnered national attention.

“When Tom Brady and Gisele Bündchen wanted to sell their house, they put it in the MLS,’’ Condon said. “How are you going to get the largest pool of buyers exposed to the house if they never know it’s for sale? You’re clearly not.

“And is there a fair-housing violation with off-market listings? Because not everybody can see they’re for sale. Who does the agent show the listing to? Who doesn’t get to see it and why?’’

“While private, off-market home sales may not violate the federal Fair Housing Act, per se, it is a troubling practice because of the very long history of racial steering by realtors,’’ Bergquist wrote in an e-mail. “Off-market real estate transactions allow realtors to withhold information about available inventory, which easily conceals intentional or unintentional racial discrimination.’’

Linda O’Koniewski, CEO of Leading Edge Real Estate, said off-market listings are a big problem for consumers. She said it’s too easy for agents to talk sellers into listing homes off-market without explaining the risks or admitting it may benefit the agents.

O’Koniewski said disreputable agents sometimes list a property off-market for a certain period — telling the seller they are going to “test the price’’ — and then use that time to try to sell it to one of their own buyers (without sharing the commission) or working with another agent in their office. She said the best way to get the best price is to expose the property to the largest possible pool of buyers.

“Dark listings are the black market for real estate,’’ she said. “They’re properties that can’t be purchased in the public arena. It’s the dark side of real estate. Unsuspecting homeowners agree to sell without going on the open market will never know how much they could have gotten for their home.’’

Condon said the number of conventional listings on MLS PIN has been fairly consistent the past few years, but the number of off-market properties has grown 9 percentage points since 2018. In her career of 20-plus years, O’Koniewski said, she has taken only one off-market listing.

Under MLS PIN rules, a home can be pre-marketed as “coming soon’’ for up to 21 days. It can’t be shown to buyers until it becomes a traditional “active’’ listing and will not be sent out to search engines, Condon said. “The listing is not considered active, will not show up in searches [as an] active listing, may not be advertised, and would not show up as a match to a buyer’s search.’’

O’Koniewski said it has become a guise for secret listings that never hit MLS, or it can be used to market a property to a select group of people or to stall agents from other offices.

“ ‘Coming soon’ must be fixed,’’ she said. “Intended as increased exposure for the seller, it has become a premium tool to sell a property in-house before hitting the market and having to split the commission with another firm.’’

Condon acknowledged the “coming soon’’ designation is possibly being abused but said she doesn’t have the staff to patrol every street in the Commonwealth to ensure compliance. Agents can easily and anonymously report suspected violations through the MLS system, and her office will investigate, she said. If there is a violation, the agent will be fined, and repeated violations could result in suspension from the MLS.

A seller and agent may decide on a delayed listing. In that case, the agent enters the property information into the MLS but won’t allow showings for a certain period of time, typically a couple of weeks, Condon said. This gives the sellers time to spruce up the property. This is very similar to the “coming soon’’ designation, but in this case, the property can’t be marketed until the listing is made active.

DiPietro said delayed listings can be abused, too, but he hasn’t heard of this happening.

“The agent might use those seven days to shop that property just to their own clients to try to get both sides of the commission,’’ DiPietro said. “There’s also the possibility that there could be companies or offices trying to shop their listings internally to everyone in the office to avoid splitting the commission outside the company.

“The listing agent may not market the property until it’s listed in MLS, though there is nothing stopping them from still putting a deal together . . . If it’s with one of their own buyers, that would prompt a dual- or designated-agency situation, which would require informed consent from both parties.’’

This is when the listing is entered into the MLS, but the showing starts on a specified date, Condon said. “This status may be used because the seller only wants showings on the weekend or wants time to notify neighbors, et cetera.’’ The designation can be used for no more than seven days from the date of entry into the system. “No showings may occur, none. Not even to insistent buyers.’’

For sale by owner

Of course, homeowners don’t need to pay real estate agents to sell their homes. They can sell them themselves, which is commonly called a For Sale By Owner, or FSBO, transaction. Companies like ISoldMyHouse.com can help a little or a lot, and they charge a lot less than the typical agent’s commission. Services start at about $299.

“We help you sell your house without high commissions,’’ said ISoldMyHouse.com broker/owner Kris Lippi. “What’s happening right now is anything that comes on the market, if it’s in good shape and priced correctly, it’s flying off the shelves. Buyers are in a frenzy right now because nothing’s coming on the market.’’

For a fee, Lippi will enter a home’s information and photos into the MLS for a prescribed period of time, and the homeowner does the rest, or he can connect a homeowner with a local agent who will agree to list the property at a reduced commission. If owners want to sell immediately, he can connect them with an investor who will buy it directly.

His advice to owners who want to keep the cost of the transaction down?

In the long run, few sellers actually save money using this method, Melvin A. Viera Jr., a realtor at RE/Max Destiny in Jamaica Plain, said via e-mail. “Using an agent will leave the seller with peace of mind because they are using a professional realtor/real estate agent to manage the transaction from the beginning to the end and beyond.’’

FSBOs accounted for 8 percent of home sales in 2018, he said, citing the 2020 National Association of Realtors’ “Profile of Home Buyers and Sellers.’’ The report said the typical FSBO home went for $217,900 compared with $295,000 for agent-assisted sales.

The appeal of these programs is quick sales. Investors called iBuyers (short for “instant buyers”) make cash offers with no contingencies. They are often more flexible on closing dates, and some assist with moving costs or let sellers leave behind whatever belongings they don’t want to take with them. Some buy the properties for less than market value and then make repairs before putting them back on the market.

“The upside to using the iBuyer platform is basically not dealing with the public directly, only dealing with one person/company,’’ Vieira said, noting that some realty firms and iBuyer programs lend sellers money to fix up their homes, recouping the costs at closing or the cost and some of the profits.

Regardless of how one lists, in this market the seller has the upper hand.